I know how interested and on-the-edge-of-your-seat you all are regarding my personal site so I’ll give you an update to ease the junky-suffering-withdrawl-like symptoms. (Some or all of those hyphens may be totally incorrect. Just saying.) I’m actually making some progress on the redesign, gang!! You can’t see it but I’m jumping up and down banging some serious head. (Not that kind of banging, pervos.) The fact that I managed to overcome a few mental blocks regarding writing code is worthy of a celebration! But unfortunately nobody clicked “Attending” on my Facebook event so it’s just me. Sigh — I don’t know what I’m going to do with all these kazoos and streamers.  END_OF_DOCUMENT_TOKEN_TO_BE_REPLACED 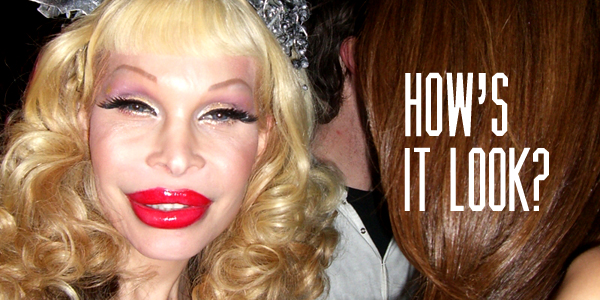 Just got back from the doctor! What do you think? Personally, I think it’s a refreshing change. Not only do I have a new face, but I’m now also a different sex! Not a woman, per se — something new. I don’t want to go into details as it’s past your bed time anyways.

Oh, you may have noticed that the blog’s look has changed a little. I figured with a new me and this blog being a part of me, we both needed to change. Anyways, excuse us to a few growing pains as we adjust to our new selves.

G’nite! Oh, quickly, do you think I should be concerned if my face hurts? Just curious. 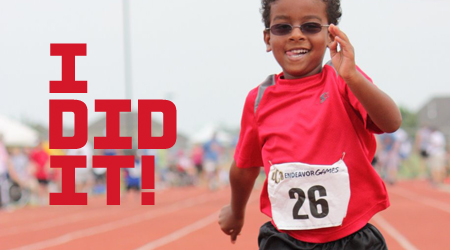 There I am guys, confidently crossing the finish line. And look! There’s no one even close behind. That’s right. I smoked ’em! **Everybody cheers ecstatically.** Thank you, thank you, but I must be honest: That’s not me. No, unfortunately that far more handsome man is someone else — but I’m taller, so “Ha!” Also, I haven’t been on a running track since high school. (Don’t ask when that was, it’s already making me drink more than I should.) No, the victory I’m referring to with this post is over the insurmountable amount of unread posts in my inbox. What? That’s not very important? Well you try having nothing else to do in your day but ensure the cat doesn’t crap on your lawn and especially that your neighbour doesn’t crap on your lawn — again. (I understand it was in retaliation, Roger, but I’ve seen you. Those shifty eyes make me uncomfortable.)

So take that, Unread Items! You thought the battle was yours, but nay. As the knight doth slay the dragon, I conquered my equally daunting monster. As an aside, I’m working on a series of four posters featuring some animals. They’re not for a client or anything so don’t hold your breath expecting some sort of “deadline”; let’s be realistic here folks. Stay safe. (Don’t forget about those tigers!)

Hey, folks! It’s another week! That’s right, there was a weekend that just passed if you didn’t notice. (Don’t worry, I didn’t notice either — I’m unemployed! Hooray! (Seriously though, what’s the deal? Where’s the work, guys? Stop being so selfish and put a little on my plate, I’m starving!) Anyways, Quick Link alert!

Ignoring my ongoing projects — ugh, just doing those things is a project of its own (failed? y/n? input?) — I had to post a link to this trailer for an upcoming short by Johannes Nyholm titled Las Palmas. (What, you already knew that from the title of the post? Well excuse me mister busy pants, can’t spare re-reading a few (couple) words. (I’m sorry for having said “mister busy pants” — in hindsight that was a terrible decision and I’m sorry.)) I knew babies were messy but man! Lay off the other customers and be, you know, respectable? Even just a little? Note to self: If I’m ever a bouncer at a licensed establishment, sorry babies, not this club, ya dig? Get your dirty, over-drinking, customer-abusing selves to some other joint that doesn’t mind the trouble. Go on, get! (Side thought / concern: Do babies carry knives? It is 2011.)

Despite her — I can never really tell with babies but I’m going to say it’s safe to say it’s a girl, at least that appears to be how (s)he wants to be perceived (again, it’s 2011, let’s be accepting and supportive (go team people!)) — being totally destructive and ruining a nice evening for those poor patrons, she is equally hilarious and adorable. I am highly anticipating the completion of what looks like it could deliver some serious comedic goods.

It would appear my attempts to keep up with the online world have gotten the best of me. As previously mentioned, I’ve been refreshing my previous web skills while trying to learn some new stuff as well — I’m pointing my nasty look at you, Javascript — which has really been a huge sap on my time; one thing that took an immediate back burner was following the blogosphere. (I’m aware that some people are kept up at night by the use of the word “blogosphere”. But Michael Bay is still making movies, so until that stops there are worse evils to be sleepless over.) In the week since I really did any serious reading of the 100+ blog feeds that get pumped into my Google Reader account, I’ve managed to accumulate “1000+” unread articles.  END_OF_DOCUMENT_TOKEN_TO_BE_REPLACED

Perhaps the greatest scene from a television show — nay, anything filmed? Just to warn you, there is a little cursing… About four minutes of it.

(Yeah, the quality is pretty shit but whatever. Complain to someone who cares.)

I am aware that I haven’t posted a Portrait of Spam in over a week and am once again a day late — at least — with my weekly review. But what you aren’t aware of is that for the past couple weeks I’ve been trying to teach myself to code more sophisticated websites.  END_OF_DOCUMENT_TOKEN_TO_BE_REPLACED